From September 2006, the Apollo Victoria Theatre in London has been the home of the multi-awarded musical Wicked. The art deco design of the Apollo Victoria, which has a seating capacity of 2,304, provides a wonderful backdrop for the Broadway hit that has captured the heart of millions through adaptations all over the world.

Wicked: The Untold Story of the Witches of Oz 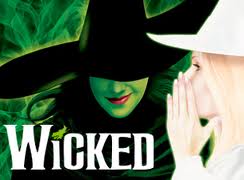 Have you seen Wicked London? If not, or if you want to see the multi-awarded musical again, head on to the Apollo Victoria Theatre in London so you can experience what countless fans from all over the world are raving about. Performance times are Monday to Saturday at 7.30PM, and Wednesday & Saturday at 2.30PM.